25 theater journal titles have been moved from Firestone over to Mendel’s reading room. Mendel’s reading room has lots of comfortable places to study, a fantastic view, and public carrels. It’s the perfect place to stop in and read! The following Theater journals are now in Mendel and the titles link to the Princeton University Libraries’ catalog.

Bulletin of the Comediantes

Comedia performance: journal of the Association for Hispanic Classical Theater

PAJ : a journal of performance and art

Did you know that the Mendel Music Library owns stunning, historical scores in our Locked Reference (SVL) collection? These items are held behind the circulation desk and can only be viewed by request—the hidden gems of Mendel’s collection. One such example is the recently acquired, pristine copy of the lavishly illustrated first edition of the vocal score for Esclarmonde, Jules Massenet’s four-act opéra romanesque. It features ornate chromolithographic illustrations by Eugène Grasset, a pioneer of the Art Nouveau period.

The score was published in 1889 by Georges Hartmann soon after the opera’s premier on 14 May 1889 at the Paris Opéra-Comique (Théâtre Lyrique). Set in the legendary Middle Ages, the opera features a libretto by Alfred Blau and Louis de Gramont after Parthenopoeus de Blois, a medieval chanson de geste, and focuses around the emperor of Byzantium (Phorcas), who abdicates in favor of his daughter Esclarmonde, bequeathing her his magic powers that she uses to seduce the knight Roland de Blois (in a story filled with magic, an enchanted island, visions, veils, a siege, betrayal, exorcism, renunciation, and a concluding triumphal tournament). The part of the heroine was written for the California soprano Sibyl Sanderson (1865–1903), with whom Massenet was infatuated, and it is no accident that the music for her exudes passionate eroticism marked by intense chromatic inflection. Grasset not only created seven projected scenes (by magic lantern} for the opera’s staging but also collaborated with the publisher to produce elaborately illustrated front and back matter for the vocal score (covers, frontispiece, title and auxiliary pages, and borders around the cast lists and other preliminary texts) plus an exquisitely-wrought poster to advertise the score that features the unveiled heroine in a pose remarkably similar to the equally spectacular representation of Esclarmonde by lithographer Georges Clairin appearing on the score’s dust jacket. Mendel’s copy is noteworthy not only because it is a rarer first issue of the first edition that lacks a title-page dedication to Sanderson (found in the much more commonly held second issue) but also because the volume preserves all of the edition’s art work (including the bound-in dust jacket), which is often partially lacking in extant copies. 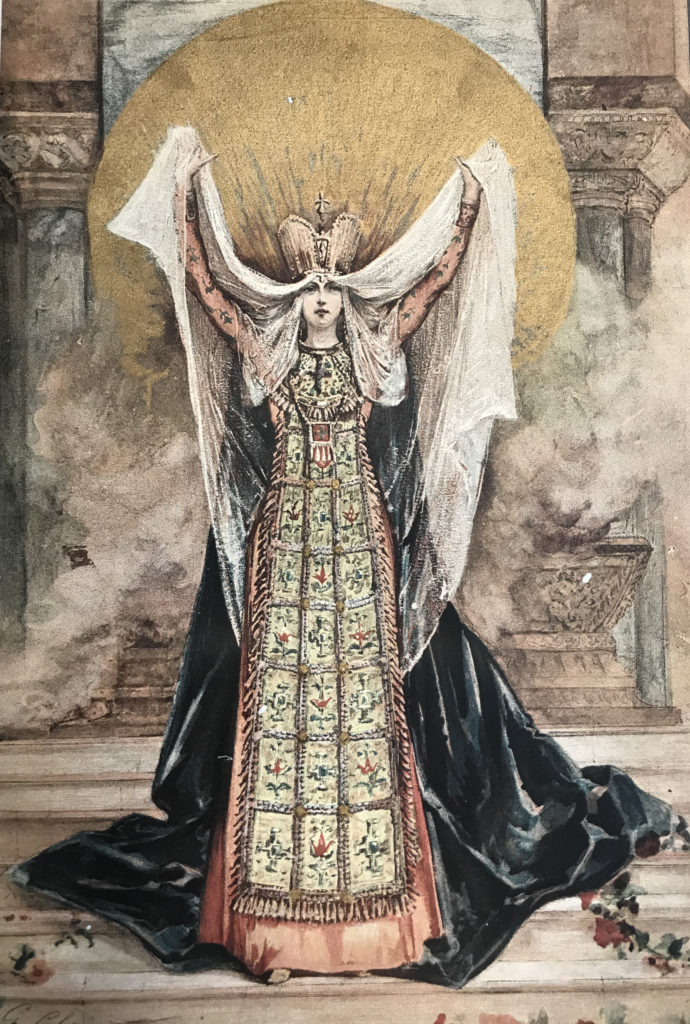 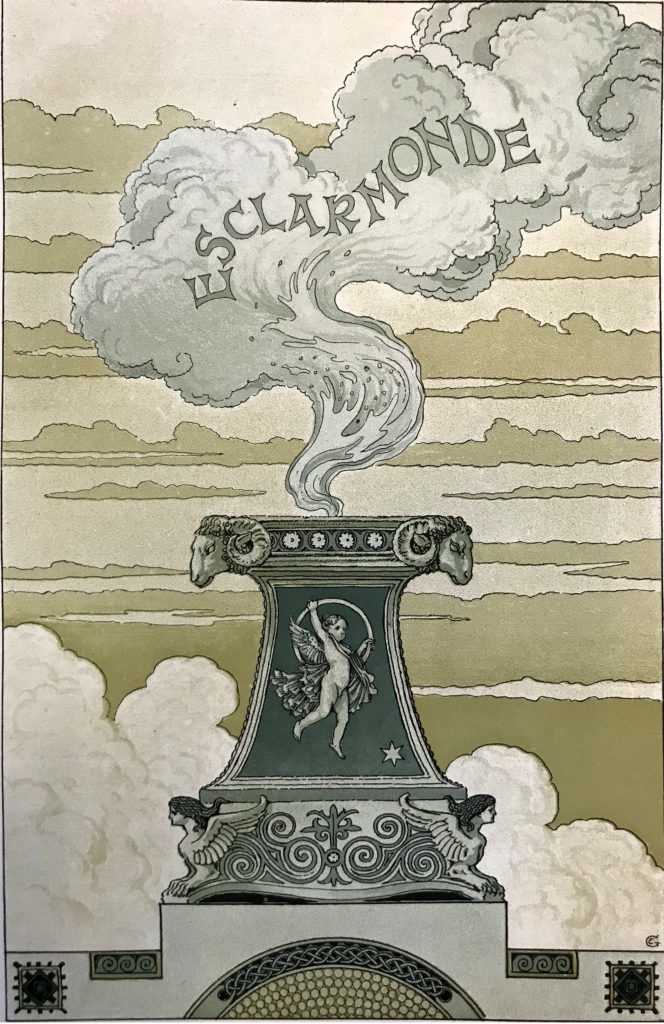 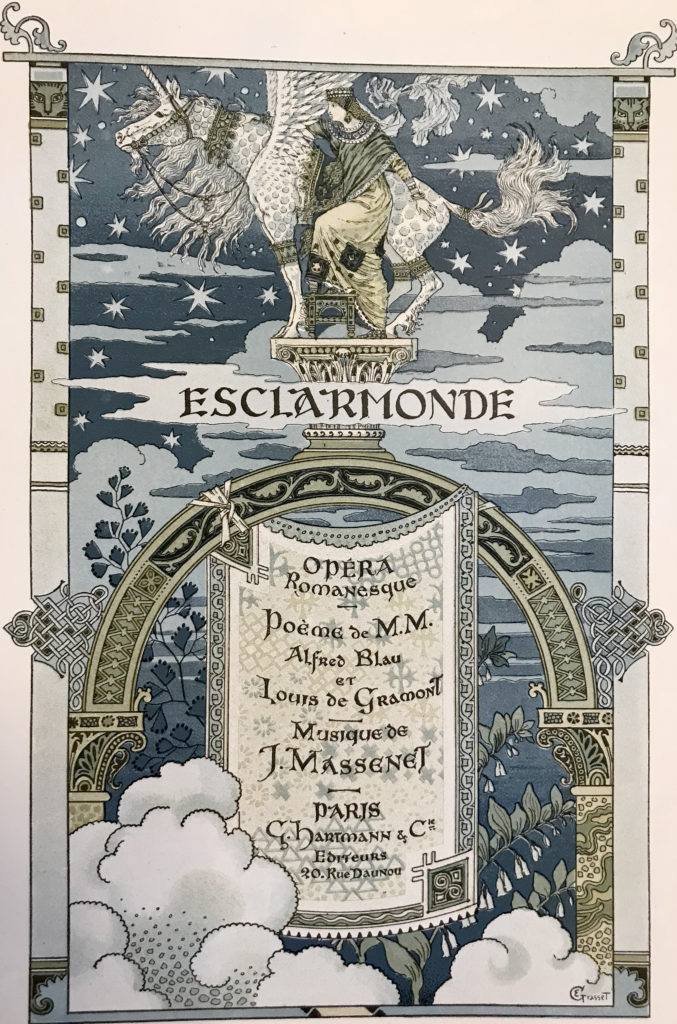 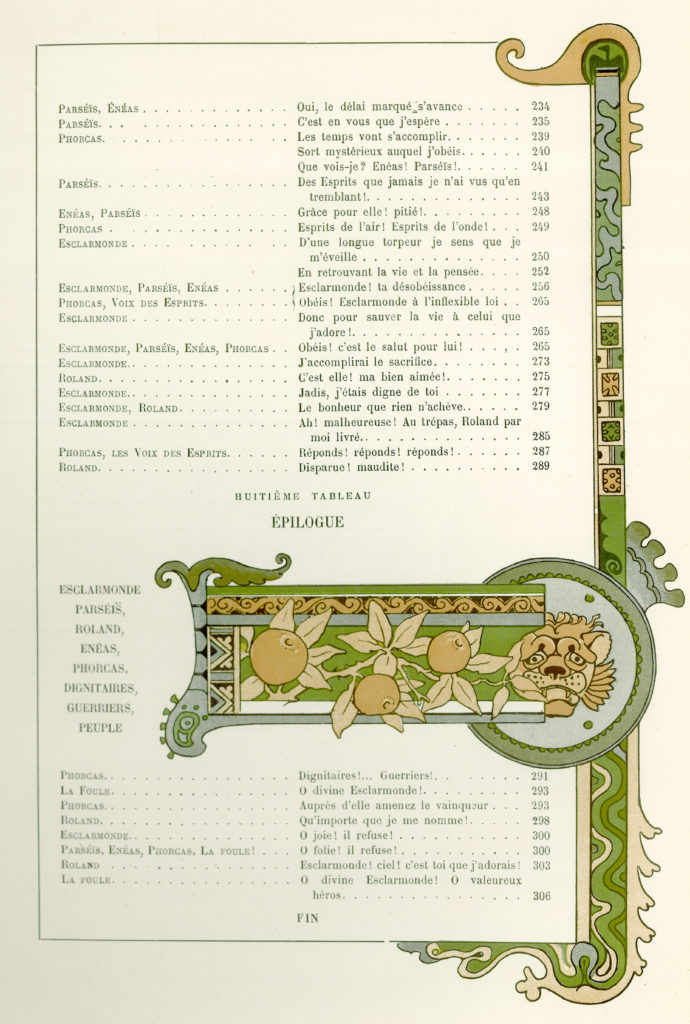 End of contents (with Grasset’s decoration) 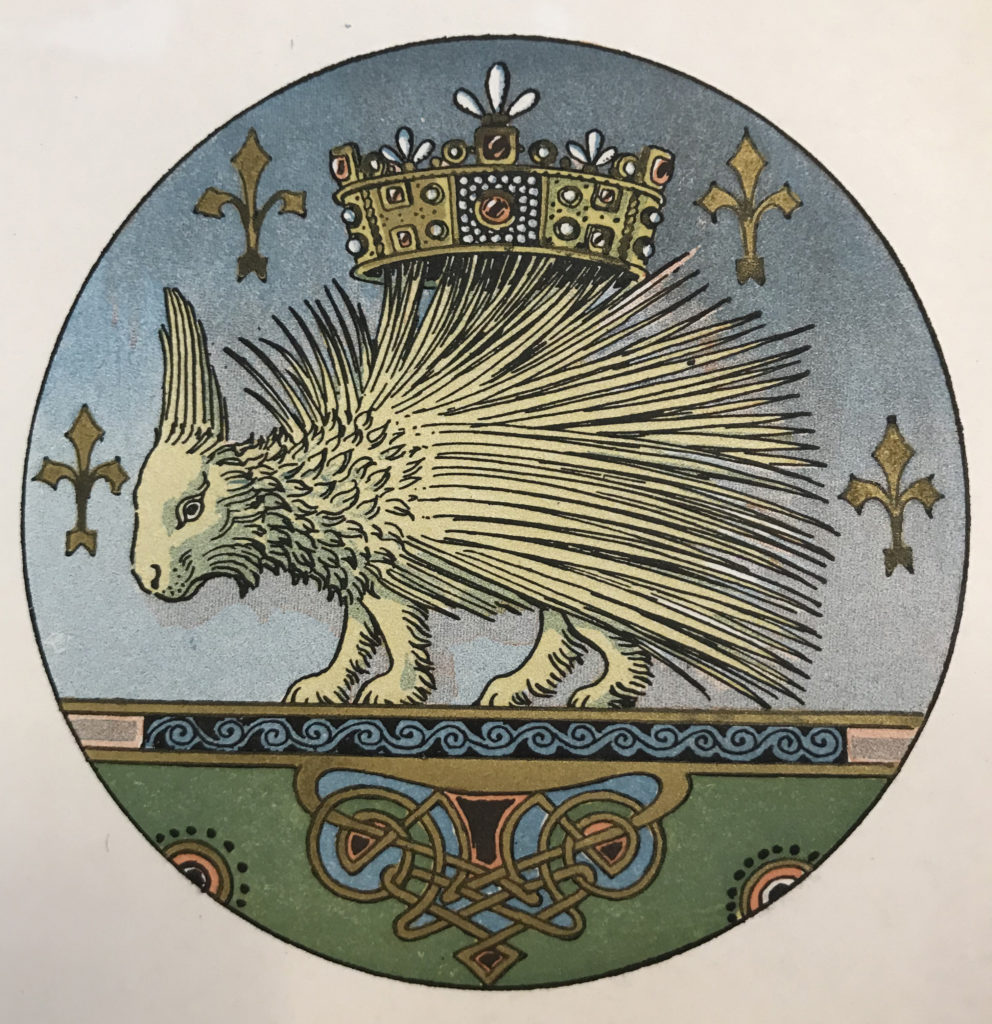 Vignette from back cover